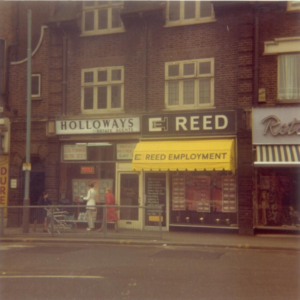 Alec Reed left school at 16 and became a trainee accountant whilst working part-time as an estate agent in a double-fronted shop in Hounslow, London.

One day, he turned to his manager and said “You’re selling carpets in the other half of the shop. Why don’t you turn it into an employment agency?” He was turned down, but didn’t give up.

And so REED was born. Since that day in 1960, the business has grown to be the most recognised name in recruitment in the UK and is continually growing its global brand.

A History of Business Growth and Innovation

REED was one of the first recruitment agencies in the UK to form recruitment specialisms – with Alec Reed’s own background as a qualified accountant, this naturally formed the first specialism.

Today, Reed Specialist Recruitment operates throughout the UK, Europe and further afield with a plethora of specialist recruiters working across Talent Solutions, Health & Social Care to Accountancy, Technology and beyond .

1995 was the year in which John Major is re-elected as leader of the conservative party; Toy Story – the first fully computer-generated film was released, and… reed.co.uk was launched.

With the rapid evolution of personal and business use technology since then, REED has adapted to meet consumer demands. reed.co.uk now receives millions of daily users across the website and all its associated apps.

“I have founded seven charities in all and been actively involved in another four. Encouraging philanthropy is my main mission now; but without entrepreneurialism to make the money there would be no philanthropy.”

The Reed Foundation has been used for over 40 years to provide seed funding for a range of charitable causes. The foundation itself owns 18% of REED, which is why our Co-Members proudly say that we work one day a week for charity.

Some of the most notable organisations established through the work of Sir Alec Reed and the Reed Foundation include Womankind, Ethiopiaid and the Big Give; all of which you can read more about on our charity information page.

Over the last 30 years Ethiopiaid has contributed over £36 million to projects in Africa.

And since 2007 the Big Give has helped raise over £100 million for good causes and has no plans to stop there. One of the most recent campagins launched is a emergency match fund to raise money for those who will be affected most by the COVID-19 virus. Match funding is a proven way to encourage more people to give and people to give more.

All funds raised will be directed to The National Emergencies Trust, a charity which will distribute funds to support grassroots efforts across the UK to meet the needs of those most affected by this crisis.

One thing that unifies everything we do at REED is our underlying purpose: 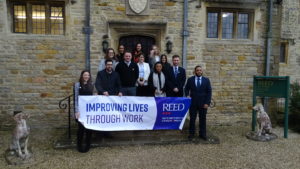 Whether it’s a Recruitment Consultant filling a client’s vacancy with a happy candidate, a Reed in Partnership Employment Advisor helping a single parent back in to work after a five year gap, or a charity being able to make a difference to a child’s life from funds raised by the Reed Foundation, all these actions are working to improve someones life that little bit more…

Did you know that Alec Reed was knighted in 2011 for his contributions to both business and charity? He was also awarded the Beacon Prize in 2010 for his “longstanding work in supporting hundreds of charities”. Find out more about the award in the video below.